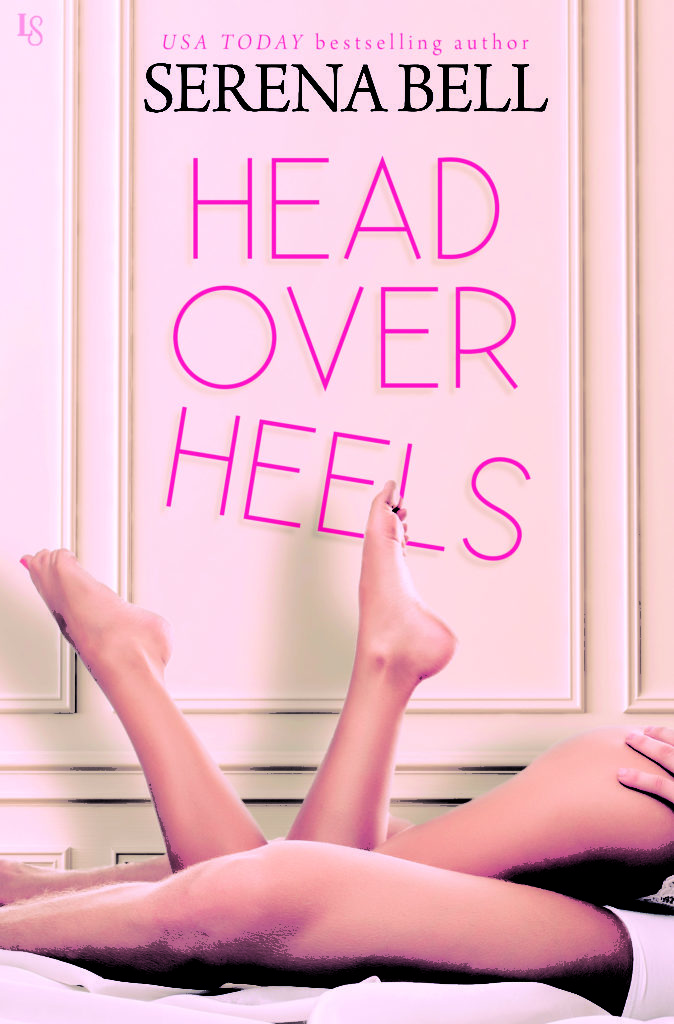 They thought they were wrong for each other. That was before she moved in. . . .

Chase: Take it from me, never hire your best friend to be your live-in nanny. Because it’s a lot easier to be friends with a woman who isn’t prancing around your house in yoga pants. As a newly full-time dad, I needed help fast. I knew she was good with kids. And I thought things between us were strictly platonic. Now, with Olivia Stratten crashing in my guest room and steaming up the bathroom with the scent of her shampoo, it’s getting harder and harder—no pun intended—to remember all the reasons we’re supposed to be incompatible.

Liv: When Chase Crayton asked me to watch his five-year-old daughter until he could find someone full-time, I was afraid we’d drive each other nuts. But with Chase’s job on the line, I couldn’t say no. What I didn’t anticipate was how combustible our chemistry would be in close quarters. Neither of us did. After all, we first met on a blind date, and by the end of it, we were laughing about how terrible we’d be as a couple. In the two years since, nothing ever happened between us, not even a kiss—not until last night. . . .

Head Over Heels is a standalone novel with no cheating, no cliffhangers, and a satisfying happily ever after. This ebook includes an excerpt from another Loveswept title.

Advance praise for Head Over Heels

“I love a good friends-to-lovers story—Head Over Heels will pull at your heartstrings and have you rooting for Chase and Liv!”—USA Today bestselling author Kelly Jamieson

“Head Over Heels is intensely romantic and emotionally gripping. I adore Serena Bell’s writing!”—Jessica Lemmon, bestselling author of Rumor Has It

Available now from your favorite e-retailer!

Excerpt from Head Over Heels

Up front, the store’s bell jingles. I see a flash of coppery-red hair as someone enters. It’s my friend Liv—Olivia Stratten. She weaves her way through the aisles and hurtles herself at me.

“Chase!” She hugs me and dances me around in a circle. “Chase, guess what?”

There’s only one thing that would make Liv this happy, so I know the answer, but I play dumb.

I give her a huge hug, then let her go.

She’s beaming from ear to ear. Liv’s good moods are contagious, maybe because she glows when she’s happy. Sparkling blue eyes, a smile full of straight white teeth, and dimples in her rosy cheeks. She’s wearing her long hair in curls today. I’ve tried to figure out sometimes if you can read Liv’s moods by whether she goes curly, straight, or updo, but no dice.

Liv is probably my best friend, judged purely on who makes me laugh most. We got to be friends after we went on a blind date three years ago and realized that even though we had no romantic potential and even less in common, we still enjoyed hanging out.

Unfortunately, it looks like that’s going to end, and pretty soon.

“Yup. Leaving at the end of the month, driving myself out there.”

That’s only two weeks away. I have to admit, I wasn’t letting myself think much about Liv’s actually leaving. I mean, I’d been rooting for her to get the job, but not thinking much past that.

“Are you planning to drive to Denver in the Shitmobile?”

She makes a hurt face, even though we both know it’s a very accurate description of Liv’s car. “Actually, Eve’s getting a new car, and selling me the CRV.”

Thank God for that—wouldn’t want to think of anyone driving Liv’s car a thousand miles.

“And I gave the family I’m working for two weeks’ notice, and they seemed okay with it.”

Liv has been nannying to help make ends meet so she can take unpaid marketing internships. I can’t believe how hard she works, or how devoted she’s been to trying to get her career started. She deserves this success. “We should celebrate,” I tell her.

“I could bring over some takeout. We could watch movies after Katie goes to bed. It’s been a while. The great Chase Crayton hasn’t had any dates in a while.” She leers at me.

“Screw you. You wouldn’t be dating either if you had a five-year-old living in your house. And besides, I have a date Saturday. Oh,” I say glumly, remembering my conundrum. “I did. When I had a nanny. Now I don’t know. I guess it depends on whether Emily’s around.”

Liv was the first person I called when I had to fire Katie’s old nanny for nipping from my liquor cabinet. She was the one who’d recommended Celia in the first place, and she felt pretty bad about not knowing that Celia had a drinking problem. She was eager to help me find someone new, but didn’t know anyone good who was free.

Liv tilts her head. “I have Saturday off. I could watch Katie.”

I raise my eyebrows.

“Then I’d already be there for the consolation party.”

That’s our thing: watching movies together after one of us has gone on an especially crappy date. It’s a long story. I give her a dirty look. “You assume I’ll need consoling. She might be The One.”

She rolls her eyes. “The One? Who are you, and what have you done with my friend Chase?”

“I’ll be impressed if you go out with her twice.”

“She does love baseball.”

I sigh. “She’s the most promising candidate in a long time.”

“For what? Sex twice in one night?”

I give her the finger.

“Anyway, what do you think? Do you want me to bring you and Katie takeout tonight? We can watch a movie or not—doesn’t matter to me.”

It’s been a challenge, getting healthy food on the table every night for Katie. When I was batching it, I didn’t worry about what I ate, but now it’s practically all I think about. So I’m grateful to the nth degree for someone else taking care of a meal. And Liv knows it. She’s brought over takeout a bunch of times since Katie moved in.

As she melts off toward the front of the store, Brooks appears at my side, his eyes fixed on Liv’s retreat.

It is a pretty sight, I’ll grant you that, but she doesn’t deserve Brooks’s ogling, so I shove him.

He raises his eyebrows, but I ignore him.

“Wanna grab a beer after work?” he says.

Brooks narrows his eyes. “You’ve got to explain this to me. How Liv’s bringing you takeout is not a date.”

“But Rodro and I aren’t hot redheads with an amazing rack,” Brooks points out.

My friendship with Liv is a mystery to my guy friends, who can’t believe I could hang around her and not want to—their words—tap that.

Liv’s hot, sure. Long and lean and leggy, with a great smile and curves most guys would kill to get their hands on. But I don’t have those kinds of feelings for her, and even if I did, I’d never cross that line. She’s too good a friend, plus we’d drive each other nuts in under twenty-four hours—if we made it that long.

“Never gonna happen,” I say, not for the first time.

Brooks raises his eyebrows. “So what was that about before? When I was appreciating the view?”

“It was about how just because I don’t want to get with her doesn’t mean I want her to get with a guy whose idea of commitment is dinner and a movie before sex.”

I’ve taken so much shit about Liv since we became friends, I’ve got my retorts down to a science.

The thing is, it’s not that hard, in these days of Tinder, to find a way to scratch an itch. Most of the women I meet, they’re interested in getting serious—in settling down, having a kid or two, leaving the whole dating scene behind. But a woman who genuinely wants to be “just friends”?

Available now from your favorite e-retailer!