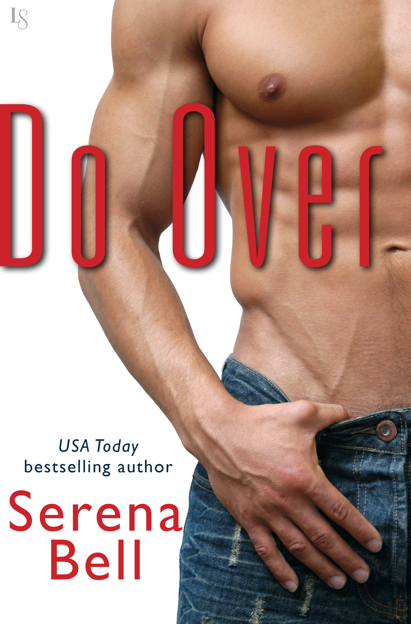 Toe-curling? Check. Sheet-twisting? Check. But is that enough for a second chance?

Jack: I’m pretty much as tough as they come. But when a woman comes to me in tears, I’m jelly. Scratch that—when Maddie Adams comes to me in tears, I’m jelly. That’s how we ended up making our incredible son five years ago, and that’s why I practically beg her to move in with me when she’s in a tight spot. Of course, the last time I got the chance to be the hero, I let her down, but I’m not making the same mistake twice. This time, I’m going to be the man she deserves—and then I’m going to lay every ounce of sexy on her until she lets me back into her heart.

Maddie: Jack Parker is hot, and he knows it. What he’s not is a family man, something this single mom had to learn the hard way. Still, moving into his place until I get back on my feet makes all kinds of sense. He’s an old friend. He’s, ahem, the father of my child. And let’s face it, now that I’ve just been colossally dumped, we’ve got nowhere else to go. The truth is, I never could resist Jack. Living under the same roof puts dirty thoughts in my head. And when my brilliant plan backfires, my whole body is begging for a do-over. . . .

Do Over is a standalone novel with no cheating, no cliffhangers, and a satisfying happily ever after.

Excerpt from Do Over

I finally turn off Route 132 and round the last couple of corners. Maddie’s little red Toyota Prius is in my driveway, and she and Gabe are sitting on my front steps.

I jump down from the truck and call out, “Hey.”

I’ve decided I’m not going to apologize because some dumb politician has installed too many traffic lights in a couple-mile stretch of road. If she wants to turn the vise, that’s her problem, but I’m not going to offer her my balls so she can do it. I’m under ten minutes late, and that’s good enough. To be fair, she doesn’t call me out on it. She just looks at her watch and shakes her head.

Gabe comes running from her side. I open my arms and he jumps up. I give him a hug. “How are you, buddy?”

“Good! We gon’ play football?” He wriggles in my arms and I set him down, catching a whiff of the clean shampoo scent of his hair. How do little kids smell so good?

“Of course!” I tell him. There are about ten more minutes of daylight, but we’ll make it work. If there’s one thing I’m determined about, it’s that Gabe will know how to throw and catch every kind of ball there is before he goes to kindergarten. I’ve actually had to talk Maddie into signing him up for sports—soccer, T-ball, pee-wee flag football—which floors me. It’s like she just doesn’t understand that it’s Gabe’s ticket to Mandom. You can suck at anything else in life, but if you have a passable knowledge of sports, you can survive boyhood. I should know; sports was about the only thing I was ever good at. I’m hoping Gabe will turn out to have Maddie’s brains, but if not, at least I’ll give him the tools he needs not to get eaten alive.

“The football’s in the garage—you want to go get it?” I ask him, and he runs off.

That leaves Maddie and me alone, and I get my first real look at her. She looks good. Maddie cleans up great, anyway, but this is another level. She’s wearing skinny jeans and a scoop-neck red shirt that bares the tops of her breasts and shiny red boots with spike heels. My brain serves up a quick, dirty flash of what she’d look like wearing those boots and nothing else. Unfortunately, I have never been able to get out of my head how good she looks naked, so it’s a vivid picture, right down to how pink her cheeks get when she’s turned on.

That ship, however, sailed a long time ago, so I do my best to draw a curtain over the mental pictures.

“So,” she says, breaking the awkward silence. “Everything good with you?”

No way I’m going to make a big deal of how much I’d rather be at a basketball game than babysitting. Especially because nothing gets Maddie pissed off faster than referring to watching Gabe as babysitting. Apparently it’s not babysitting if it’s your own kid. That said, when you’re as clueless as I am about fatherhood, it might count as babysitting.

“Things could be worse.” She shrugs.

We both shift our stances awkwardly. You’d think two people who have a kid in common would eventually find some comfortable way to deal with drop-offs and pickups, but I guess the water under our particular bridge is just that muddy. It’s pretty crazy when you think about all the history we have and all the talking we did, once upon a time. But we were just kids then, and the connection we had didn’t translate when it came to real life.

“Um, so, overnight bag—” She points to where it’s sitting on my stoop. “He’s been tough to get to bed lately. I have to read him a lot of stories.”

A flare of panic goes up in my chest. Usually when I have Gabe, my mom and sister are around. They’ll do anything to score time with him, which means that the tough stuff, like bedtime, is pretty much always their job. I just get to handle the Fun Uncle stuff. Tossing around the ball, teaching Gabe how to ride a bike (it’s a work in progress), buying his affections with ice cream.

But whatever, I’ll handle it. It’s one night, right? What can go wrong?

She’d probably be even more worried if she had any idea how much I depend on my female relatives to deal with Gabe. I try to keep that under the hat. “We’re gonna be fine,” I assure her.

She bites her lower lip. That lower lip is a work of fucking art, and when she gets her teeth into it like that, I forget about the muddy waters and just want to soothe the spot she’s bitten with my thumb. Or my tongue.

Curtain on that, too.

“Don’t let him eat too much sugar.”

She says that every time.

“And don’t let him stay up too late.”

Ditto on that one. I give her a look, and she raises her chin obstinately. “I’m his mom. I gotta say it.”

I don’t say, And I’m his dad. Because although I am—never doubted Maddie’s word on that for a second, and if I had, one look at Gabe would have cleared it right up—I don’t often feel like I’ve earned that title. That’s why I always go with “fun uncle.” Although Gabe does call me Daddy. Even though I told Maddie I didn’t think it was a good idea . . . because what if, someday, she wants Jack to call some other guy, like Harris, Daddy?

This is not a thought I want to spend any time with, so I change the subject. “Where are you going?” I ask her. The heaped-up curves at the scoop of her shirt are distracting. Eyes up.

“My boss is retiring and we’re throwing him a party.”

“Is Big Dick going with you?”

I’ve never actually told her this, but I call Harris that because I can’t think of any reason she’d be with him other than that he must have a big dick. Otherwise, he has no redeeming features. Well, maybe money. He’s a product marketing manager at a biotech company and he’s older than we are—thirty-three, I think—and they live together in a condo that’s, like, three times as big as my house. But he’s one of those guys that just annoys you right away, always knowing everything and having to explain it all, and he interrupts her, which I fucking hate.

“Did he see you in that shirt?”

That slips out before I can think better of it. My better self, in general, fails me around Maddie, which is why I usually keep these meetings as short and sweet as possible.

“What’s that got to do with anything?” she demands. Which I know means he did.

This is another reason Harris is a Big Dick. What kind of guy could take even one look at Maddie—especially in that shirt, which is all over her curves like a second skin—and decide he’d rather be working? But if I say that to her she’ll just get pissed at me. I know from past experience. Harris the Big Dick is a nice guy, Maddie says. If I would just get to know him I’d see that.

Yeah, that’s going to happen. When the Cougs win the Pac-12.

Gabe comes back with the football. The small one. He can’t even really hold onto the full-sized one yet.

He throws it to me. For a guy who’s just barely four years old, he has a great arm. We really have to work on his spiral, though. It’s a wobble at best.

We don’t hug, because, muddy waters. Still, I feel like I want to say something, do something, to make it less awkward.

“Tell your mama goodbye,” I say to Gabe. “Tell her she looks pretty.”

She has just started to crouch over him to hug him goodbye, and she looks up at me, startled.

She has green eyes and high-arched eyebrows that make her look like she’s always about to ask a question. Her mouth is a wide bow and her bottom lip—yeah. You already know that drill.

I shrug. “Teaching him how to get the ladies.”

She glares at me.

She sighs, and I can tell she’s trying not to smile.

“Be a good boy,” she tells Gabe, crouching down to hug him, giving me a quick mouthwatering glimpse down her shirt.

I can’t read the look on her face when she glances up at me. But that’s nothing new. Maddie’s been a closed book to me for so long now I almost forget that it wasn’t always that way.

She straightens up, gives me a little wave, and takes off across the lawn.

Her dark hair swings, her hips sway, her jeans hug her. She looks just as good going as coming.