Head Over Heels is Out! 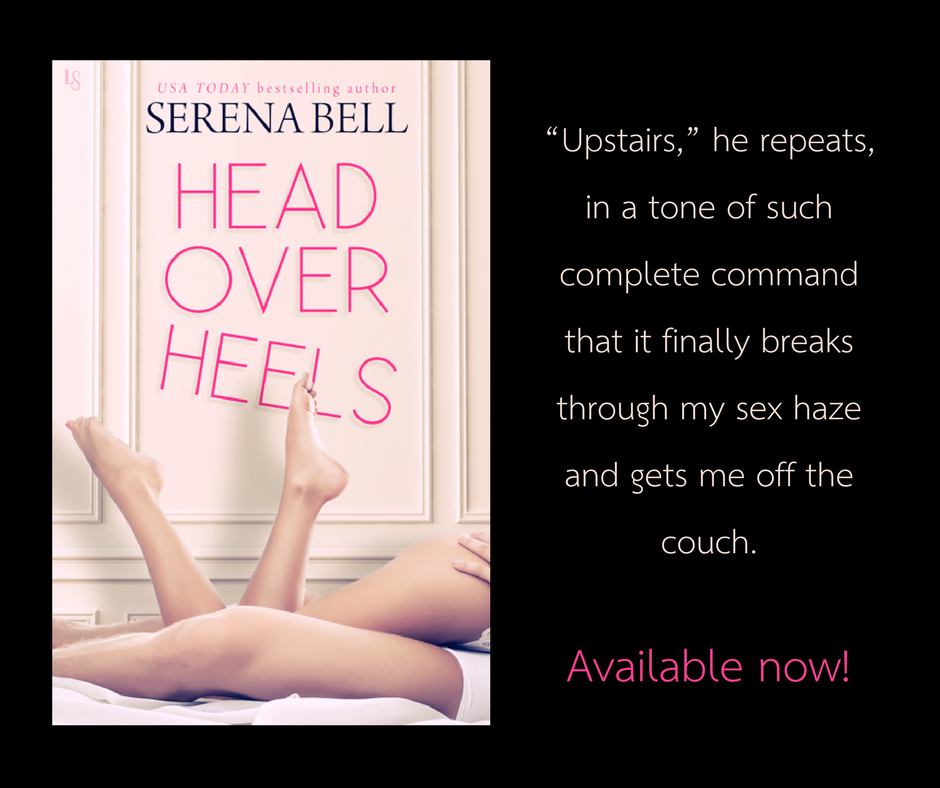 We lie to ourselves all the time to keep our hearts safe. We tell ourselves our motives are better than they are, that we don’t feel what we feel, that we can stop any time. How many lies have you told yourself since breakfast?

What would happen if you finally had to tell yourself the truth?

Welcome to Chase’s house. Things have changed a LOT in the last year, since five-year-old Katie came to live with him. But the biggest change of all is on the horizon: Chase’s BFF, Liv, will be staying with him and Katie temporarily. She has a few weeks till she has to be in Denver, and Chase needs someone to watch Katie until he can find a new nanny.

Little do Chase and Liv know how small Chase’s house will seem with both of them in it. All the ways they’ve kept each other at bay, all the reasons they’ve given each other for why it could never happen between them–they’re not working any more.

“She wants a braid,” he says, and the desperation in his usually hyper-competent voice makes me laugh.

It would be easy for me to take the brush and the elastic and do it for him, but that’s not what I want for Chase and Katie.

He shakes his head. “I keep making her cry.”

“The trick is to hold it above where you’re brushing.”

I take the brush and show him, then hand it back to him. He gets through the rest of her hair without sending her into sobs again.

“Now put the brush down so you have both hands free,” I instruct.

He sets it on the table.

“Divide her hair into three parts.”

The fine corn silk of Katie’s hair catches on the roughness of Chase’s hands, on the tiny curls of hair below each knuckle and the callused skin of his palms.

“Right side over center, then left side over center—no, the new center. See how the right is the center now?” I step close behind him and put my hand over his. He smells fresh from the shower, and my spidey senses identify Ivory and Old Spice, two of my favorites. Funny; I guess whenever I’ve hung out with him before, it’s been in the evening.

I show him how the braid works.

He winds the hanks around each other with surprising dexterity. I guess I shouldn’t be surprised. Those are hands that tie flies from tiny feathers and filament strands. A braid is big work by comparison. Right over center, left over center—I realize I’m staring, almost mesmerized.

He fumbles again trying to get the elastic on, and I have to step in to show him. “Over, twist, over again. Like so.”

He takes the elastic from me, and his hand brushes mine. I’m suddenly hyperaware—of that touch, but also of how male he is. It’s one of those moments of attraction that happen from time to time between people, when you can feel the chemistry prickle through the air, one body speaking to another. Only, Chase’s body doesn’t usually—doesn’t ever—do that to mine.

It takes just a few more of these intimate moments before it’s time for some truth-telling. I loved writing this book because it let me witness the unfolding intimacy between Chase and Liv. It let me watch them bare their souls–and find themselves and each other.

I hope you’ll be as glad to follow Chase and Liv on their journey as I was to write it for you.

As always, thank you so much for reading!

Previous Do Over is Out! Next Sleepover is Live!