This contest is now closed–thank you so much to everyone who entered and who shared my news! LeaAnn is my winner; I’ll contact her separately about claiming her prize!

I’d love for you to spread the word!

Scroll down for the cover (which I love, because those people really are Haven and Mark—except that I think Haven is shorter than that—hard to tell in that picture, though), blurb, excerpt, and buy links.

When you’re done taking in the sights, share this post using one of the buttons below and let me know which one. Or tap out your own Tweet, pin the cover, or write a FB/Instagram etc. post about the book, and drop a link to your tweet/post/pin/other act of social media awesomeness in the comments below. (Sharing the Hot & Bothered post on my Facebook page definitely counts!) You’ll be entered to win a $10 gift card to the e-tailer of your choice.

BONUS: If you click here to view my newsletter, you can see a way to get two more entries by signing up yourself and a friend.

This giveaway is open to anyone 18+ who can receive an e-tailer gift card from a U.S.-based author. The giveaway will remain open through January 10 at 11:59 p.m. EST. 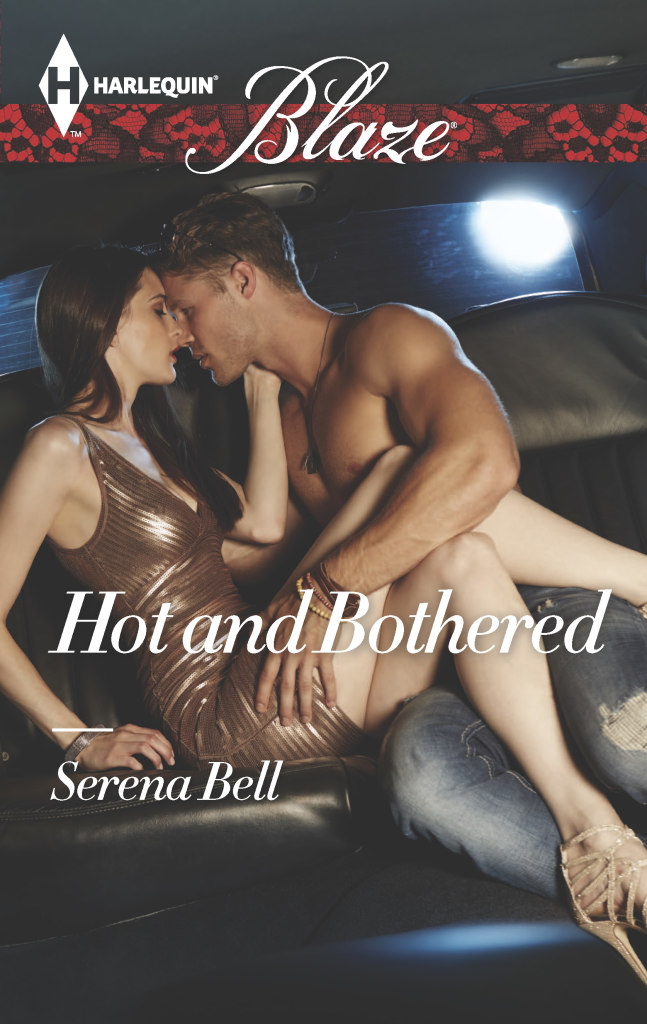 Turning a certified disaster into a certifiable dish…

Image consultant Haven Hoyt needs to take former pop superstar Mark Webster from boozing, brawling mess to presentable musician—capable of keeping his tacky boot out of his mouth. Mark has no interest in being molded, but once she’s finished with him, he’ll be a work of art.

Haven has very simple rules for herself: be perfectly put together, don’t crack under pressure and never sleep with your client. But under the scruff and the surly attitude, Mark is hot. Haven’s careful image is unraveling with every look of lust and too-tempting touch. If she’s not careful, she’ll fall for her work of art…and break each of her rules in the process.

Excerpt from Hot and Bothered

“I’m going to set up a bunch of appointments for you—hair, nails, skin.” She touched her hair and stroked the hot pink slickness of her own nails as she spoke, and his body heated. He had to look away. “For clothing, I’ll bring in a personal shopper—we can keep it simple at a department store.”

He hadn’t shopped anywhere other than his local secondhand store in nearly a decade. The whole idea made his skin crawl. He still remembered the way it had felt to be fussed over and groomed like a baby monkey when he was in the band. He didn’t miss that, not for a second.

He itched to get away from her scrutiny and her plans as intensely as he’d wanted to touch her earlier. His primitive brain screamed, Run away.

“Can’t I just promise I’ll get a haircut and buy some new clothes?”

A half smile appeared on Haven’s glossy lips as she tugged a bite of pasta off her fork. She shook her head.

He hadn’t meant to say it out loud, but he liked Haven, and something about her loosened his lips. She wasn’t a ballbuster, and she didn’t come off fake. She had a way of looking at him that, yeah, maybe bordered on pity, but it was better than the other brands of female attention he usually got—scorn or leftover band worship from self-destructive women who wanted to flush their self-esteem down the toilet with him.

“I’ll try to make it hurt as little as possible.”

She said it without sexual emphasis, but it still made the blood rush out of his brain. He bet she would. If he swept the utensils and plates off the white cloth, the table would make the perfect surface on which she could make it hurt, or not, as she pleased. He’d take it either way.

Previous Tuesday Tidbit: HOLD ON TIGHT Is Out! & $10 Gift Card Giveaway Next Turn Up the Heat is Out!