Giving Back & A Giveaway

This contest is now closed. Thanks so much to those who visited and commented! My winners are Steph M (who’s on a roll!) and Ruth. I’ll email you guys directly about claiming your prizes. 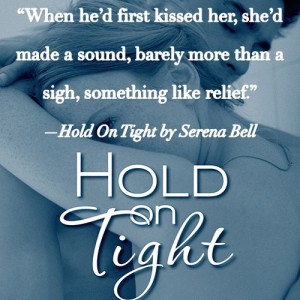 Next week, many of you will meet Hold On Tight’s hero, Jake Taylor, for the first time. Jake grew up in a not-so-great household, and getting out of it was a major priority. When New York’s Twin Towers fell on 9/11, Jake knew for the first time what he wanted to do with his life — exact justice for that act of terrorism. He became an Army Ranger and fought, among other places, in Afghanistan, which was home to many of the Al Qaeda operatives who planned the 9/11 attacks.

Jake paid a high price for his mission, emotionally and physically, like so many veterans who sacrifice for our freedom. Writing the book, I had a chance to think hard about why men and women choose to fight, what they give up when they do, and how hard it is for them to come home, especially when they feel that war has broken or diminished them. Living with Jake’s pain opened my eyes to all the ways that it is hard to remake a life you’ve put on hold in order to fight a war you deeply believe in.

I feel a tremendous amount of gratitude, both to all the men and women who have fought to make this country what it is, and also to all the soldiers whose stories became part of Jake’s. As I wrote about his struggles and victories, I decided I needed to give something back to Jake’s community.

Part of the way Jake comes back to life in Hold On Tight is through athletic training and competition. So in honor of the men and women of our Armed Forces, I’m donating 5 percent of my earnings from the sales of the Hold On Tight e-book from now until September 30, 2014 (this includes ALL pre-orders, so if you’ve already pre-ordered the book, a portion of your purchase will automatically be donated) to Ride 2 Recovery, which organizes challenge cycling rides to promote mental and physical rehabilitation of injured veterans. (You can read more about Ride 2 Recovery here.) 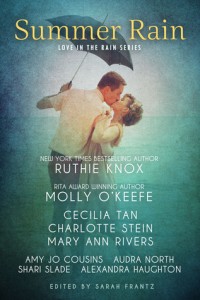 In the general spirit of giving, this week’s giveaway is two ebook copies of Summer Rain, one each to two winners who will be randomly selected from those who comment on this post.

Summer Rain is the first of two volumes of rain-themed romance stories by some of your favorite writers. One hundred percent of the proceeds from the sale of Summer Rain will benefit RAINN (Rape, Abuse, and Incest National Network). Contributors include Ruthie Knox, Molly O’Keefe, Cecilia Tan, Charlotte Stein, Mary Ann Rivers, Amy Jo Cousins, Audra North, Shari Slade, and Alexandra Haughton. (My story will appear in the second volume, due out in November.)

You must be 18+ to enter and live somewhere where I can gift a book from iBooks, Amazon, or Barnes & Noble. This contest will run through next weekend and end Sunday, June 15 at 11:59 p.m. PST.